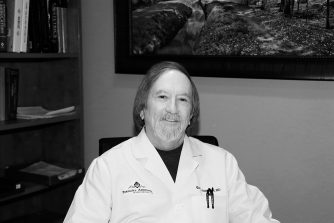 As a board-¬certified obstetrician-gynecologist with certification in maternal-¬fetal medicine, it has been my pleasure to provide special care for women during their pregnancies. Evaluating difficult pregnancies and formulating a compassionate, well-researched treatment plan is a true privilege. There’s no greater personal reward than working together to achieve the best possible outcome for you and your baby. At Perinatal Associates of New Mexico you can expect the most comprehensive evaluation and care. Our practice has four maternal-¬fetal medicine specialists that bring more than 75 collective years of experience addressing obstetric problems.

I look forward to meeting you and helping you have the smoothest, most rewarding pregnancy possible. 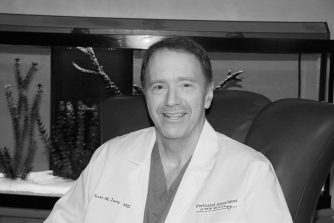 Growing up in a small town in New Mexico, I was inspired to pursue a career in maternal and fetal medicine by the caring local obstetricians I worked with in high school and college, and by my mentors at the University of New Mexico – Dr. Gary Aisenbrey and Dr. Kent Argubright. After completing my fellowship in Maternal and Fetal Medicine at UNM, I joined Perinatal Associates of New Mexico in 1999.

At PANM, we are committed to providing you the highest quality care and delivering this service with a personal touch. We are blessed to have a staff that really takes the time to get to know you while providing the best service available in the Southwest.

Thank you for allowing us to share in your prenatal care. I look forward to meeting you! 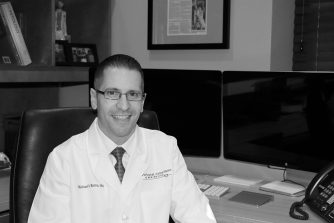 As a board–certified maternal–fetal medicine specialist, my top priority is caring for patients with a high–risk pregnancy. Helping women overcome medical, surgical, or obstetrical problems with optimal care during their pregnancy is a great joy for me. I joined Perinatal Associates of New Mexico in 2008 after completing my fellowship training in Maternal–Fetal Medicine at the University of North Carolina. A native of Omaha, Neb., I received my MD from Creighton University School of Medicine and stayed at Creighton to complete my residency in Obstetrics and Gynecology.

Please let me know if there is anything I can do to improve your care while you’re with us at Perinatal Associates of New Mexico. I look forward to meeting you! 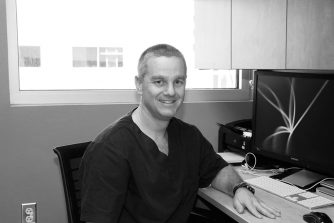 I spent five years after residency training as an obstetrician and gynecologist; I split that time between Alaska and New Mexico. During those years I delivered many babies, won numerous teaching awards and discovered an interest in caring for women with high risk pregnancies. Helping women and their families deal with the complexities and problems that can affect pregnancy is my top priority. I joined PANM in January 2013 after completing my fellowship training in MFM at the University of New Mexico.

I am always available and seeking ways to improve our care.

As a Nurse practitioner at our Farmington location, I help carry out the treatment plan that our perinatologists, your doctor or midwife, and you have outlined together.  This allows us to achieve your optimal pregnancy outcome.

As a Certified Nurse-Midwife practicing in a perinatology setting, I am fortunate to be able to offer a midwifery perspective to high risk patients.

My goal is for you to have the best experience in this pregnancy despite some high risk factors with the collaborative team approach we offer here at Perinatal Associates.

As a Midwife with Perinatal Associates of New Mexico, I work alongside a great team as we develop and coordinate a treatment plan that is unique for each woman.

My passion for Women’s Health has taken me on a wonderful life’s journey.  As a midwife for nearly 30 years I’ve had the honor and pleasure of working with women throughout the childbearing years and beyond.

I am extremely excited to be a part of the PANM team.  I became a Women’s Health Nurse Practitioner because I love being given the opportunity to educate and empower women to take charge of their own health and make choices that will ultimately better their lives.

As a former patient and now provider with the practice, I can truly say that the health of you and your baby is of our utmost importance.  It is my goal to provide individualized, evidenced -based care to you in collaboration with your primary obstetrical provider. As a native New Mexican, I am committed to improving birth outcomes in our community. I am excited to be a part of your life journey!

As the Diabetes Specialist at Perinatal Associates of New Mexico, my job is to help you control your diabetes with one goal in mind – healthy mom, healthy baby.

As one of the diabetes specialist at Perinatal Associates of New Mexico, it is my desire to help you be successful in controlling your diabetes while creating a healthier happier mom and baby.

Working in obstetrics has been my long-time passion. I love working with women and their families during such an important time in their life.

As a genetic counselor at Perinatal Associates of New Mexico I can educate and provide support to families during pregnancy that may be at increased risk for genetic disorders.  I enjoy meeting families because they all have a unique story to tell, which allows me to help customize their care in pregnancy.

As a genetic counselor at Perinatal Associates of New Mexico, my role is to guide and support patients through pregnancies at risk for genetic disorders.

The compassionate care that we provide to our patients during their visits has personally afforded me the opportunity to do what i love doing.

As a native New Mexican, I take pride in being part of the outstanding care that Perinatal Associates of New Mexico (PANM) provides to our patients throughout our beautiful state 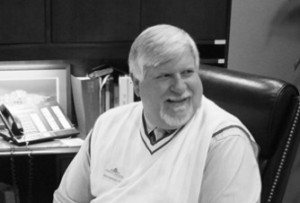 He has served on innumerable committees and appointed to many boards at the UNM School of Medicine,UNM Hospital, the State of New Mexico, Presbyterian Hospital and Healthcare Services, AlbuquerqueObstetrical and Gynecological Society, Mountain States Regional Genetics Services Network, AmericanAcademy of Pediatrics, and American College of Obstetricians and Gynecologists. During his esteemed career, he published numerous peer-reviewed manuscripts on topics such as expectant management of severe preeclampsia to nutritional supplementation during pregnancy and presented hundreds of academic lectures and research presentations locally, regionally and nationally.

From the beginning of his medical career, his driving goal centered on helping women and their families no matter how complicated their pregnancy may become. He has benefited countless numbers of patients and their families over more than 30 years as a practicing perinatologist. He undoubtedly has achieved his goal and thousands of children, now both young and old, can attribute a hand in their well-being to his care during their mother’s pregnancy. We remain indebted to his vision and relentless commitment to his practice, propelling Perinatal Associates of New Mexico from a single office in Albuquerque with a few employees to now 10 offices throughout the state with over 130 team members assuring our success today and into the future. Dr. Kent F. Argubright will be greatly missed by his patients, colleagues and staff.

Perinatal Associates of New Mexico congratulates Dr. Argubright as he begins his retirement and moves on to write his next chapter traveling and spending time with his adoring family.

We appreciate the trust you place in us when referring patients and will continue to provide the same level of care you have grown to know us for at Perinatal Associates of New Mexico.

PANM is committed to the safety of our patients and staff. In such, we have implemented a new policy in light of the COVID-19 outbreak.

If you or anyone attending your appointment has traveled to any high-risk coronavirus areas in the last 14 days (China, Iran, Italy, Japan, South Korea) or has had symptoms of fever, cough, or difficulty breathing in the last 24 hours, please contact one of our locations to reschedule your appointment.